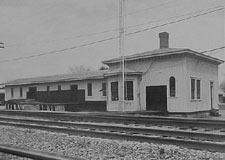 The first recorded name for what became the Town of Windsor was Corrowaugh. In 1852 Corrowaugh was established as a post office and mail was brought once a week by courier until 1859 when the contract for mail service was given to the Norfolk & Petersburg Railroad (now Norfolk Southern). The railroad built a depot and it was called Windsor Station. 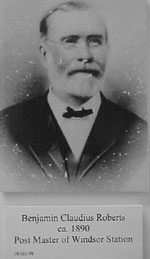 In 1902 some of the citizens decided it was time to organize the town. The charter was Postmastergranted by the General Assembly on March 15, 1902 and Windsor Station became the Town of Windsor, Virginia. The officers appointed were Charles T. King, Mayor. Councilmen were C.L. Griffin, William S. Holland, C.W. Bailey, Franklin Pierce, John S. Vaughan, Francis C. Roberts, W.J. Rhodes, and J.F. Deans. The first Council meeting was held April 11, 1902 and the officers were sworn in. The Council met in various locations in the town until a Municipal Building was built in 1962. This building also housed the Volunteer Fire Department until 1992 when a new fire station was built on East Windsor Blvd. In 1995 the Municipal Building was renovated and the fire department bays became the Council Chamber and two small offices. The main road through town is Route 460 which was opened to travel in 1929.

The Volunteer Fire Department was established in 1947 and two fire engines were purchased. 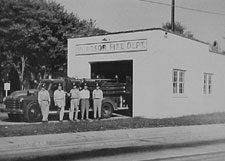 In 1950 the Windsor Ruritan Club and the Town of Windsor built a "Community House" which has been a valuable asset to the community over the years. Since 1970, the Ruritan Club has owned and operated the building.

In the next three decades the town services improved and expanded. The streets were upgraded and paved, sidewalks extended, additional streetlights installed, drainage improved, and ditches piped and filled in. The privately owned water systems in the town limits were purchased by the town, upgraded, extended and an above ground water storage tower was erected. In 1971 the Windsor Volunteer Rescue Squad was founded and continues to provide service to the town and surrounding community. A small Windsor High Schoolpark was established and named Robinson Park in honor of M.H. Robinson who was a council and mayor for many years. The Walter Cecil Rawls Library located a branch adjacent to the park on Duke Street on land donated by the Town of Windsor. In 2001, Isle of Wight County installed a central sewer systen in the town which opened up many areas for new homes and businesses. 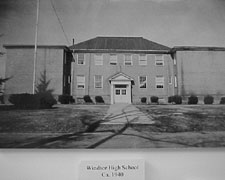 The town established a police department in 1990 and the county sheriff was appointed as Police Chief. The town hired county deputies in their off time for a few hours each month to work in Windsor. In 2001, the town hired its own Police Chief thus establishing the first Windsor Police Department. This department was the first newly created police department in the Commonwealth of Virginia in the past 15 years. In 2003 a second officer was hired and the police vehicles were upgraded to Dodge Intrepids. 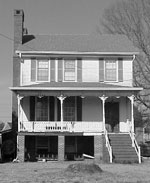 In 1991, the Windsor Ruritan in conjunction with the Windsor Woman's Club and the Junior Woman's Club decided to show their appreciation to the town for their many years of support by holding a July 4th Celebration. Food, entertainment and fire works were provided at no cost to the residents. This successful event continues to this day.

Over the years a Windsor Planning Commission was appointed and a Board of Zoning Appeals was established. A Zoning and Subdivision Ordinance was put in place in the 1970s and then updated effective January 1, 2000.

July 1, 2001 the State of Virginia approved Windsor's request to annex 2.82 square miles of Isle of Wight County and the town jumped in size from 1 square mile to 3.82 square miles and in population from about 900 to 2,347. This endeavor took about five years to accomplish and included numerous meetings with Isle of Wight officials to approve a Voluntary Settlement Aggreement.

The Town of Windsor is a friendly small town and a nice place to live. With two main roads bisecting the town, Route 460 and Route 258, there is easy access to all the Tidewater area of Virginia.

Click here to read about the history of the Town Seal and Logo of Windsor.