The Town of Windsor Police Department was authorized by an ordinance enacted by the Town Council on March 13, 1990. From 1990 until 2001, law enforcement services were contracted to the Isle of Wight Sheriff's Office, with all patrol and investigative functions provided by Sheriff’s Deputies.

On December 11th, 2001 the Windsor Town Council swore in Thomas M. Hoernig as their first Chief of Police, thereby establishing the Windsor Police Department. The Department was formalized to a full service law enforcement agency in 2005 with the swearing in of Chief Robert Porti who created a solid foundation for what is now a thriving agency. Chief Riddle was appointed to the position of Chief of Police in July of 2015.

The emphasis of the police department is based on the Community Oriented Policing theory combined with Problem-Oriented Policing theories. The agency actively pursues all technologies in the on-going effort to maximize the abilities of each officer. Our primary duties are to answer calls for service, investigate criminal activity, promote citizen education and protection programs, and increase traffic safety through routine enforcement.  We also provide youth educational programs, neighborhood watch coordination, gang awareness and diversion training and education and enhanced security patrols for or residents and local businesses.

Chief Riddle began his law enforcement career in 1999. Prior to joining the Windsor Police Department in 2011 he worked for U.S. Department of Defense Police and the Portsmouth Police Department. He has worked in a large variety of assignments including Uniform Patrol, Criminal Investigations, Street Crimes, SWAT, Marine Patrol, Training Unit and the Dive Team. Chief Riddle holds a degree in Criminal Justice from Liberty University and is a graduate of the FBI-LEEDA Executive Leadership Institute, Command Leadership Institute and the Supervisory Leadership Institute. He is an active member of the Hampton Roads Chiefs of Police Association, the Virginia Association of Chiefs of Police and the FBI-Law Enforcement Executive Development Association.

Lieutenant Jernigan has been with the Windsor Police Department since 2010. Prior to joining the agency, Lt. Jernigan worked for the Isle of Wight Sheriff’s Office and Portsmouth Sheriff’s Office for 7 years. He has worked in multiple divisions to include Uniform Patrol, Criminal Investigations, SWAT, Community Enforcement Unit and the Fugitive Apprehension Unit. Lt. Jernigan is a VADCJS certified General Instructor and Firearms Instructor. He is a graduate of the FBI-LEEDA Executive Leadership Institute, Command Leadership Institute, and Supervisory Leadership Institute. He is an active member of the Virginia Association of Chiefs of Police and the FBI-Law Enforcement Executive Development Association.

Sergeant Givens has been with Windsor PD since 2016. Prior to joining WPD Sgt. Givens worked for the James City County Police Department, Norfolk International Airport Police and the U.S. Department of Homeland Security. Sgt. Givens has worked in Uniform Patrol and K-9 Units throughout his year 19 career. Sgt. Givens is a VADCJS certified General Instructor, Defensive Tactics Instructor and serves as a Master K-9 Trainer for VAPWDA. He is tasked with training for Defensive Tactics, Use of Force, K-9 and policy development. Sgt. Givens is a U.S. Marine Corps veteran.

MPO Owens has been with the Windsor Police Department since 2005. Prior to joining the WPD, MPO Owens worked for the Portsmouth Sheriff’s Office for 12 years. He has worked as a Jail Officer, Court Security Officer, Civil Process Server, Motor Carrier Inspection Officer, Uniform Patrol, and in the Traffic Enforcement Unit as a Motor Officer. MPO Owens is a certified Field Training Officer and Accident Reconstruction Investigator. 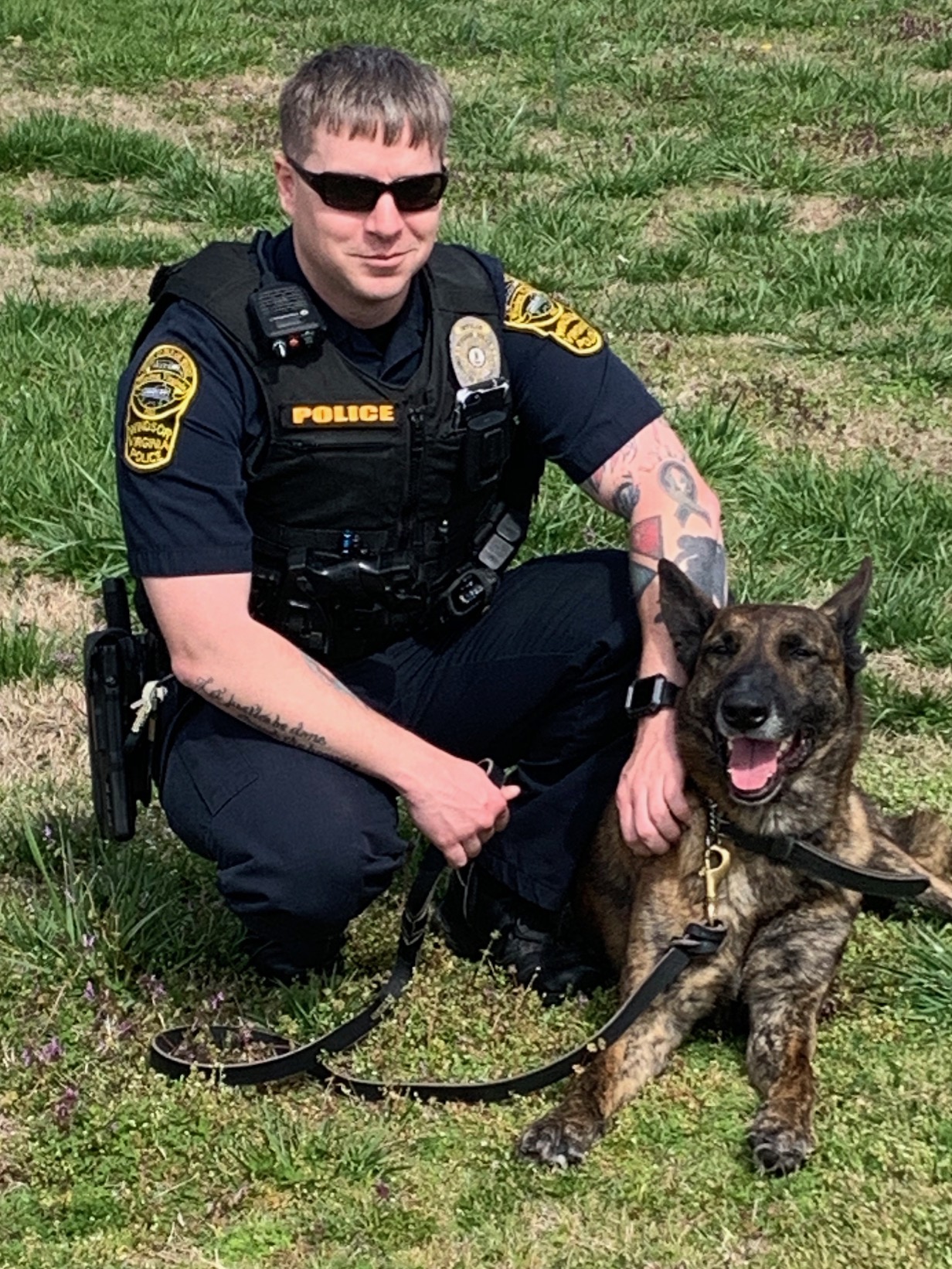 Officer Griffin has been employed with the Windsor Police Department since 2016. Prior to joining WPD Officer Griffin worked for the Isle of Wight Sheriff’s Office for 4 years serving in a variety of assignments including Uniform Patrol, Explosives K-9 Handler and SWAT.